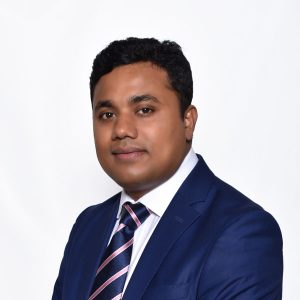 Mr Mahabub has joined at Diplock Solicitors in March 2019. He is a highly competent, driven and a passionate individual who is eager to achieve the desired results for his clients.He is committed to client satisfaction and always acts in the best interests of the clients.

Mr Mahabub has started his law career in 2015 as an administrator at Citizen Advice Bureau (CAB). Since he has been working in different law chambers under supervision of public access leading immigration Barristers and solicitors in the United Kingdom.

He has successfully assisted several judicial reviews, appeals and representation of fresh asylum claims (further submission) with public access Barristers. Through these works, he has gained comprehensive experience within these areas and grown up his expertise.

Mr Mahabub has studied LLM Legal Practice Course from the University of Westminster. He converted his degree to law through Graduate Diploma in Law (GDL) in 2016-17. He completed B.A. (Hon’s) in 2004 and M.A. in 2005 from University of Dhaka. Subsequently, he attained Post Graduation Diploma in Mass Communication and Journalism in 2009. He is keen to research on law, human rights and media. He has gained extensive knowledge on European migration and diversity and international criminal law through two Summer School courses at Stockholm University, Sweden and Antwerp University, Belgium.

In his long career, Mr. Mahabub worked at British Council, Thomson Reuters, human rights organisation REDRESS, Citizen Advice Bureau, Kings College London and London School of Economics. He was an ambassador of a London based refugee integration organisation ‘Breaking Barriers’. He is a member of the Honourable Society of Lincoln’s Inn,Chartered Institute of Arbitrators, Amnesty international, Chartered Institute of Linguists and National Union of Journalists.